What is Real Bread anyway? 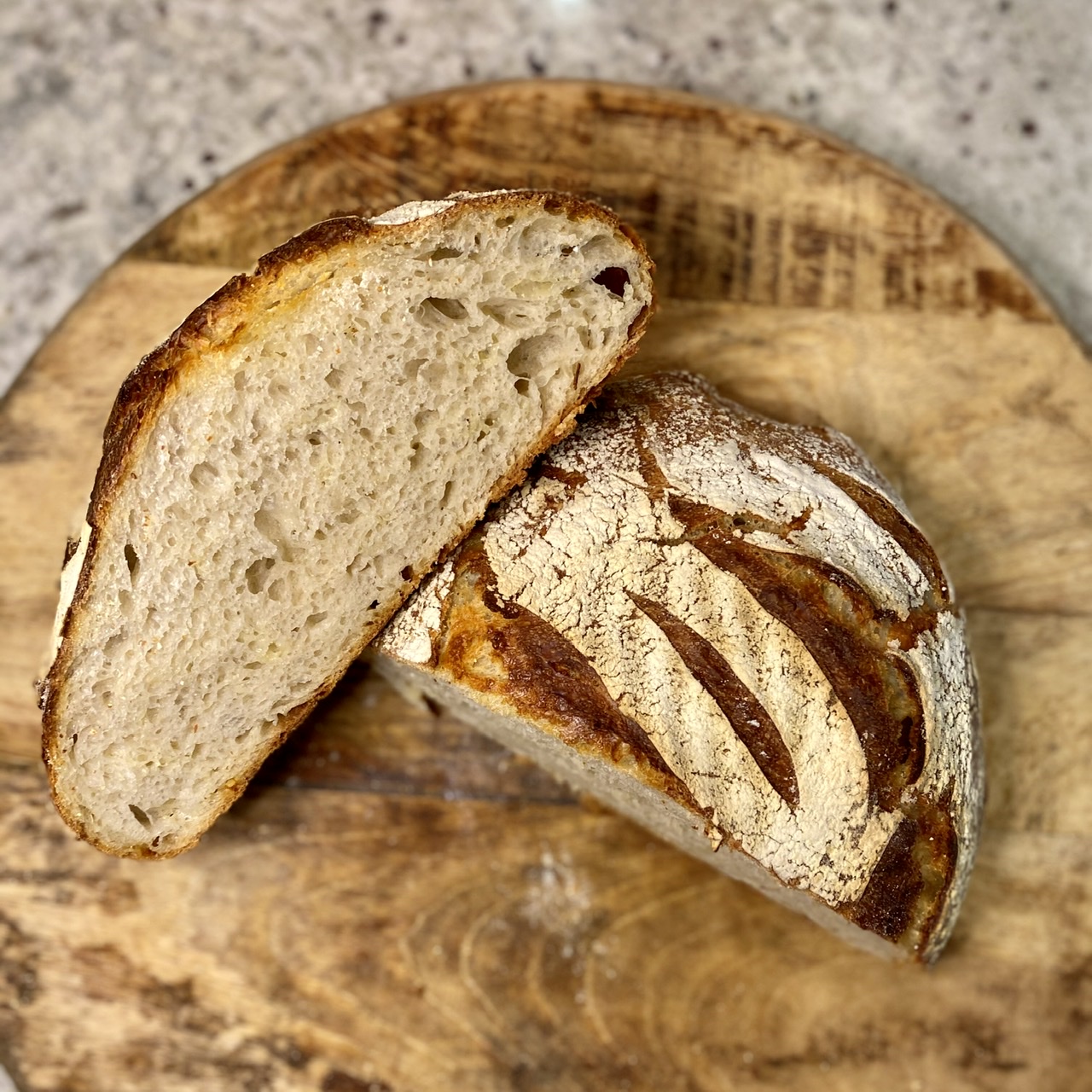 People have been making bread for thousands of years. It began as a very simple process, you only need a mere 4 ingredients to make bread: flour, salt, yeast and water. Next time you are in a supermarket, check out the number of ingredients in a shop-bought loaf: it is staggering. There are at least 26 in a loaf of Warburtons Seeded Batch! Preservatives, chemicals, additives – all to make it last longer in your bread bin (which it does – it is scary how long a shop bought loaf can last!). By way of a disclaimer I do, from time to time, buy a loaf of bread from a shop, for the same reason that we all do: convenience. As in most areas of my life, I try to stick to the 80:20 rule – and living in a microbakery it’s not that hard, we have plenty of real bread around most of the time!

Anyway, back to those 4 ingredients. They are all equally important and essential to the process, but the one that generally gets the biggest spotlight is yeast. Most people are familiar with baker’s yeast – the little grains that come in 7g packets and can be found in most supermarkets and even corner shops. I buy it in 500g packets and I get through lots of it in the microbakery! However, this wasn’t what our ancestors used to make their bread – they harnessed the wild yeast already present in the flour and the environment, to produce a version of what we now call sourdough. Sourdough isn’t a new-fangled craze, it’s been around forever! People would simply keep a bit of the dough back from each loaf as they made it and put it in a pot above the hearth, replenishing it from time to time and using it to give life to their next loaf – which is exactly what we do with a sourdough starter.

Using wild yeast in bread-making necessitates a much longer process than when using commercial yeast. Baker’s yeast speeds up the process, which is why it is used in the production of supermarket bread. However, in 1962, a method was found to speed up the production of bread even further: the Chorleywood Bread Process (CBP). At this time, the UK had been unable to grow much of the high-protein flour needed to make bread (although this is no longer the case). Prior to the development of CBP, the UK had been heavily reliant upon imported flour chiefly from North America for bread production. However, CBP allows for the use of low-protein flour (easily grown in this country), and also significantly reduces production time: from a minimum of 8 hours production time, the CBP can produce a loaf that is cooled, sliced and packaged ready for distribution in just 3 and a half hours.

Sounds great? Not really. This time-saver comes at a cost. It requires the addition of multiple chemicals, fats, emulsifiers and enzymes – the stuff that doesn’t need to be there in real bread and certainly doesn’t need to be put into your body! Also, this significant reduction in production time means that the bread has not had a long fermentation period, the end result being that the bread is more difficult to digest. I often find that customers tell me they are slightly gluten-intolerant, or struggle to digest bread, but they don’t have that problem with sourdough, or bread with a longer fermentation period.

Real bread is defined by the Real Bread Campaign as bread “made without chemical raising agents, so-called processing aids or any other additives”. It is estimated that 95% of bread produced in the UK falls below this standard. The definition is not limited to sourdough: the Campaign’s definition of bread above allows any natural ingredients, from salt and baker’s yeast to seeds, nuts, cheese, milk, malt extract, herbs, oils, fats and dried fruits… as long as they themselves contain no additives. I’m proud to say that this is exactly what I produce in my microbakery each week, and in vast quantities! There are microbakeries and full-scale bakeries all over the country who hold themselves to these same standards – please keep a look-out for your local bakery and show your support.

But watch out! Sadly, there are many products on the market claiming to be real bread, or sourdough, when they cannot truly be described as either. Many supermarkets are producing ‘sour-faux’ loaves: loaves purporting to be sourdough, but containing baker’s yeast (rather than relying purely on wild yeast), sourdough flavourings and other additives and chemicals. Check the labels before you buy!

The Real Bread Campaign does great work to promote these issues, you can check out their website here if you are interested: https://www.sustainweb.org/realbread/.

Author: Larisa
Filed Under: Blog Post
Potato bread – and why you should double up on your carbs

A gorgeous weekend and a good catch up with some l

Don’t forget to come and collect your orders bet

I have spaces on my autumn Introduction to Bread M

This week’s menu is up! I’ve added a couple of

A few of today’s bakes - loved making these litt

It’s crazy to look back and see all the differen

Trialling a new product for next week’s menu - N

60 cinnamon buns delivered to the staff of Juniper

@pure_lifestyles and I had so much fun on our retr

A gorgeous weekend away with old friends and new o

Next week’s menu is up! For collection between 4

Don’t forget to collect your orders this afterno

After a gorgeous 10 days of sunshine, family time,

Next week’s menu is up! You can place orders for